The Language Typology and Evolution group at Lund University performs research within the areas of comparative and diversity linguistics. Researchers document and describe lesser-known and understudied languages. In addition, they collaborate in amassing data for the purpose of large-scale, comparative studies of language typology and evolution. Linguistic diversity is investigated both with respect to individual languages as well as from a macro-perspective, using computational and phylogenetic methods. The team of researchers has a long history of collaboration and co-production of academic publications, including books, articles, and databases.

A recent landmark of the research team is a reference book on the comparative typology of grammar and lexicon of Eurasia from the perspective of geography, culture and evolution in the form of an atlas (Carling et al 2019).

Grammatical description from a typological perspective is a vital part of the language documentation program. Grammar descriptions include a study on patterns of language mixture in Scandoromani (Carling, Lindell and Ambrazaitis 2014), a grammatical description of Kammu (Holmer et al forthcoming), descriptions of grammatical patterns of Romani Kelderash and other varieties of Romani chib (Carling 2012, Carling et al 2016). Ongoing PhD projects look at affixation in grammar from a phylogenetic and areal perspective, with focus on the Caucasus region (Filip Larsson), gender and classifier systems in Baniwa (Sandra Cronhamn), and grammatical patterns in Formosan and Innuit languages (Victor Bogren Svensson).

Lexical description projects include production of lexical resources (as part of language documentation), including dictionaries of Scandoromani (Carling 2005, Lindell, Djerf and Carling 2008, Carling, Lindell and Ambrazaitis 2014) and Tocharian (Carling, Pinault and Winter 2009, Carling and Pinault to appear). An ongoing research topic is gender and classifier assignment, studied on vocabularies of languages. We investigate gender assignment in Scandinavian and specifically the Jamtlandic dialect of Sweden (Van Epps and Carling 2017, Van Epps and Carling 2019, Van Epps, Carling and Sapir to appear). An ongoing PhD project studies gender and classifiers in the Arawak language Baniwa (Sandra Cronhamn).

Typology and evolution of grammar

Besides studying the grammar of individual languages from a typological perspective, we investigate grammar from a large-scale, typological and evolutionary perspective. We have formulated principles for using ancient data for phylogenetics (Carling ed. 2019, Carling, Larsson, Cathcart, Johansson, Holmer and Round 2018, Carling, Cathcart and Round in press), as well as contrasting grammar against other data types by GIS (Carling, Eriksen, Holmer, Van de Weijer 2013).

A study investigates areal pressure in grammatical evolution with respect to language complexity (Cathcart, Carling, Larsson, Johansson and Round 2018). In a large study (Carling and Cathcart to appear, Carling and Cathcart to appear) we build an evolutionary model for grammar reconstruction, based on Indo-European, where we confirm that universal hierarchies, based on economy and frequency, impact grammar evolution.

Another research theme is lexical evolution, which we investigate data from a macro-perspective, using computational methods. We observe that vocabularies have differentiating change patterns depending on their cultural classification (Carling ed. 2019, Carling, Cronhamn, Eriksen, Farren, Johansson, Van de Weijer 2019). We also conclude that patterns of borrowability in the lexicon are caused by culture and prestige equally (Carling, Cronhamn, Farren, Aliyev and Frid 2019). Ongoing research looks at gender assignment in Indo-European and other gendered families, such as the Northwest Caucasian and Nakh-Dagestanian families. 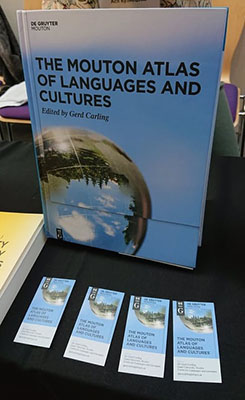 A study in PLOS ONE shows that borrowing is hierchical: borrowings are most likely to take place from a more prestigious language to a less prestigious one. In addition, borrowing is caused by increased cultural labour intensity.